On February 16th, representatives of the EU diplomatic missions in the Occupied Palestinian territories visited Humsa to provide them with tents for the residents. Yet, Israeli military stopped the officials and confiscated the shelters.

Since November 2020, the Bedouin community of Humsa (Khirbet Hamsa al-Foqa), Northern Jordan Valley has been under a brutal demolition campaign carried out by the Israeli occupation. Tens of the residents of Humsa have been homeless since the series of demolition has started. Israeli military demolished and confiscated properties and shelters of the community 4 times since the beginning of February 2021.

Emboldened by impunity and the lack of international reaction, heavily armed Israeli military stormed Humsa while the EU officials were still in the community. Some tents were already being assembled to provide shelter to the community and their livestock.

Israeli soldiers forced the EU vehicle to stop and confiscated five tents that were to serve as shelter for the community.

The EU representatives had no other choice but to comply with the inhumane demands and to witness yet another brutal act of the Israeli authorities.

Commenting on the EU failed attempt to protect the people of Humsa, Jamal Juma’, the General Coordinator of Stop the Wall says:

We deeply appreciate the action by the EU officials and the consulates to visit and to attempt providing humanitarian aid. Yet, the incapacity of the European Union and the international community to recognize the demolitions as an international crime committed by Israel against the Palestinian people, leaves Palestinians unprotected and EU officials humiliated.

What is happening in Humsa is not as a humanitarian disaster but an international crime. What is really required is support for basic rights not basic needs. Israel has to be held accountable now. This is the only way protection is possible.

In the end, the EU has left the residents of Humsa disappointed yet another time.

The residents of Humsa are now without the needed shelters to protect them from an extreme weather condition that has hit Palestine on February 17th.

This Israeli escalation of aggression, which targets not only Palestinians but the European
Union and the international community at large, is described in detail below:

The stormy and rainy weather conditions have exacerbated the plight of the residents in Humsa and the neighboring Bedouin community. They have no electricity after the Israeli occupation confiscated their solar panels and are unable to warm themselves. In addition, they are currently completely cut off from the rest of the world. As the Israeli occupation denies Humsa and the other Bedouin communities’ infrastructure, there are no asphalt roads and all access to the communities has been transformed to deep mud. This means they cannot access distanced health centers and other services if they need so.

After repeated demolitions and confiscations, the residents there lack the needed tents they need. Abu Anas, a shepherd from Humsa commented:

We only have a few tents provided to us by the International Red Cross. They are part of the humanitarian aid given to us after the Israeli occupation destroyed and confiscated our property. We also have some water tanks we depend on for drinking. I think in the next attack they will destroy these tents and confiscate the water tanks, leaving us between the sky and ground thirsting for water.

The demolition of Humsa comes as part of the policy of displacement and annexation, the Israeli apartheid regime has been implementing against the Jordan Valley. The coercive environment Israel has created through its brutality against Palestinians is meant to ethnically cleanse them. This comes part of the Israeli measures to de jure annex the Jordan Valley, which has been de facto annexed since over five decades.

After the Israeli raid on Humsa on February 14th to threaten the residents of another attack of demolition, Abu Anas stated:

They want us to leave to Ein Shebleh, an area inhabited and owned by other Palestinians and targeted for settlement expansion. Palestinians who live in Ein Shebleh are regularly attacked by an illegal settler.  I know that if we obey their orders and go to Ein Shebleh, they will expel us from there, too. Their only aim is to take over the lands of Humsa and Ein Shebleh and make us end up in nowhere. Yet, we will stay steadfast on our land.

The community of Humsa needs political support from the international community and the UN to hold Israel accountable for its violations of international law. Humsa and other parts of the so-called Area ‘C’ are subject to aggressive and intensified demolitions committed by the Israeli army to displace them. So far, the Israeli occupation have demolished 187 structures in Area ‘C’ leaving 259 people homeless.

States and the United Nations need to recognize explicitly the various layers of violations of international law committed by Israel through the demolitions:

Considering the above and, among others, the findings of the International Court of Justice in its verdict on July 9 2004, States and the United Nations need to take immediate action and:

Below we showcase the Israeli demolition and brutal raids depending on data collected by Stop the Wall and the UN OCHA:

Amid the lack of homes, the community’s vulnerability is compounded by expected severe winter conditions and by the ongoing COVID-19 pandemic. The community’s main needs are for protection, adequate shelter and shelter for their livestock. Due to the heavy military presence and fear of further confiscation/ interception of aid, other partners have also chosen to deliver assistance in nearby communities, which Humsa – Al Bqai’a community members can access. 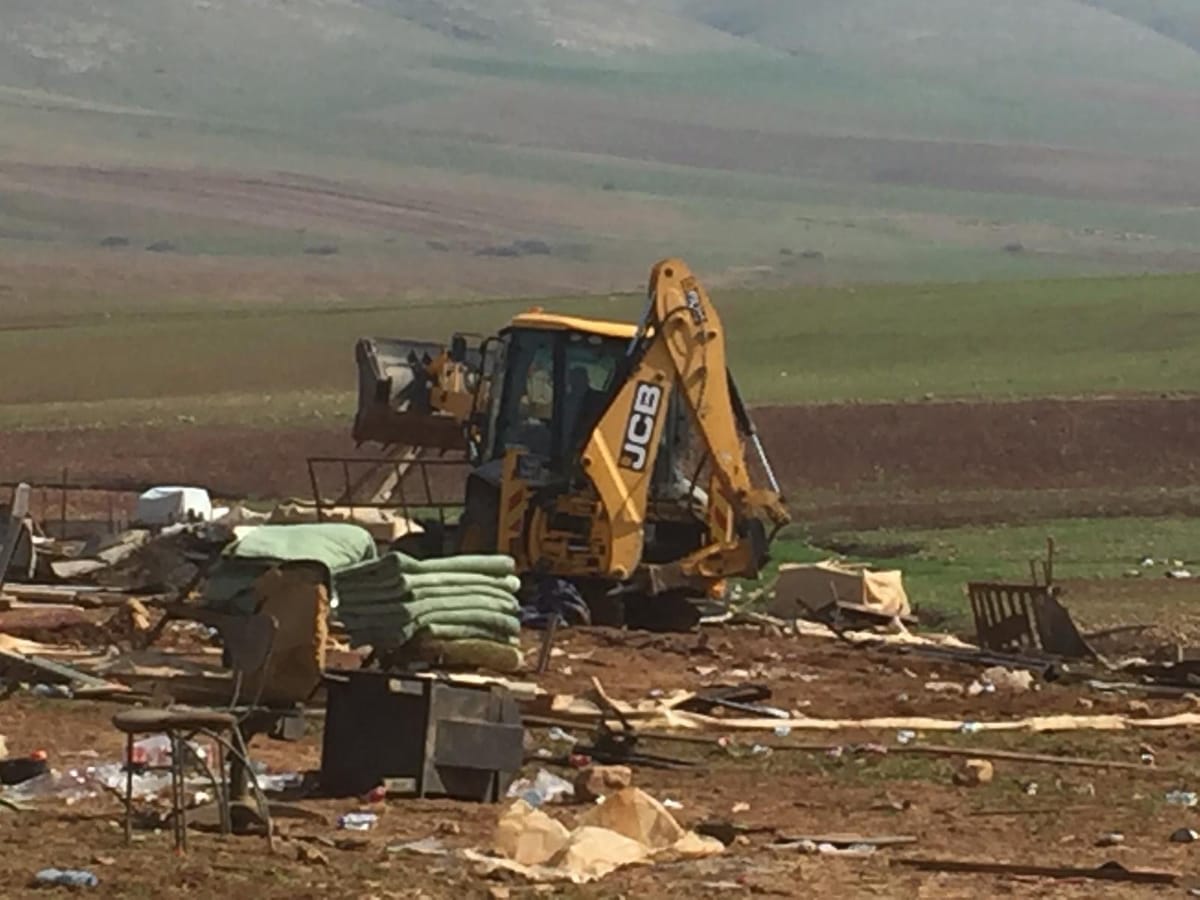 Read the following article published on the Morning Star, People’s Daily on March 2nd by Manal Shqair of Stop the Wall and popular activist Mahmoud Soliman. The authors shine a light on Humsa, the semi-nomadic community in the northern Jordan Valley that is facing a fierce Israeli ethnic cleansing campaign. Shqair and Soliman discuss how […] 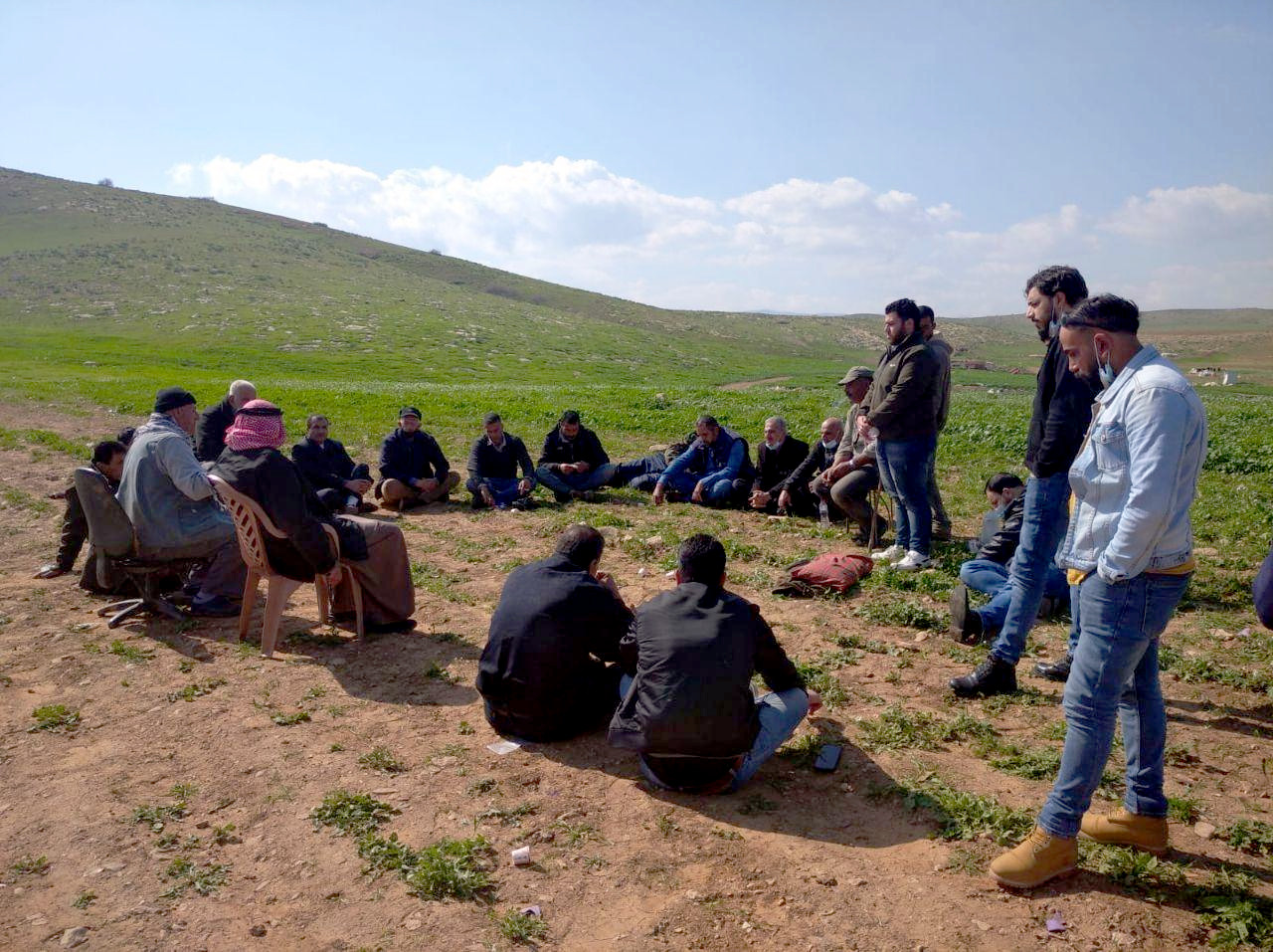 #SaveHumsa: Steadfast we call for solidarity 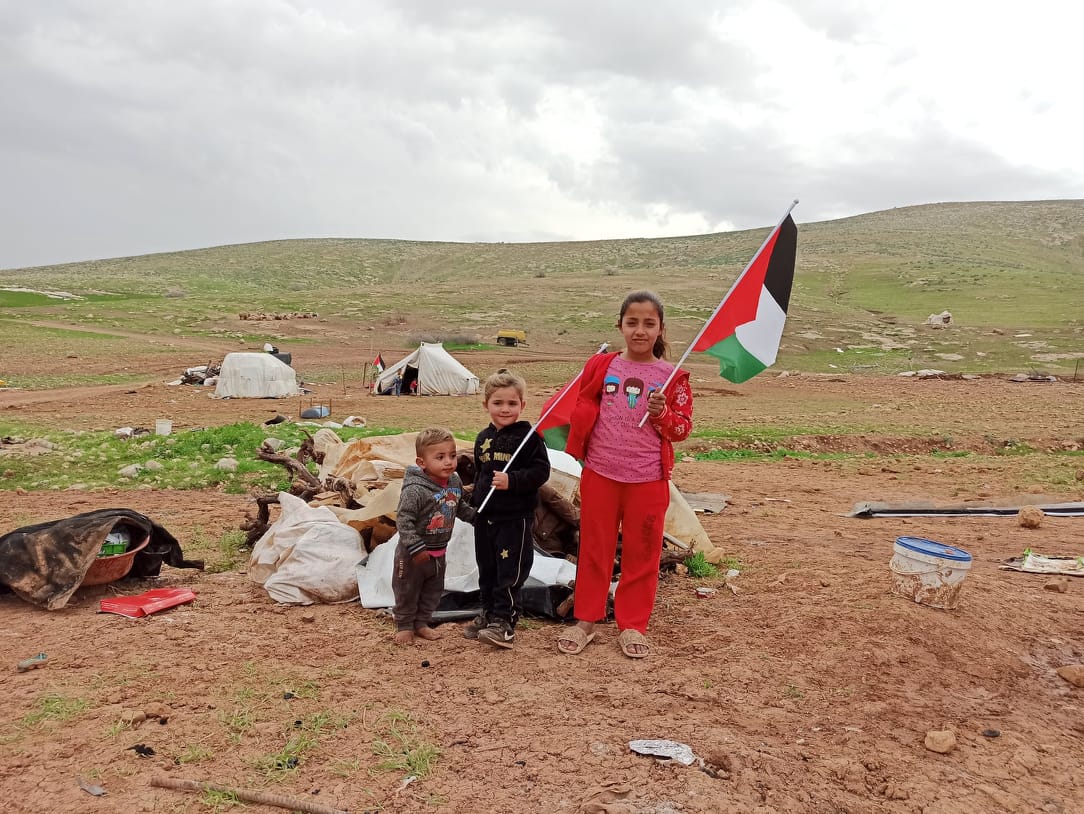 Yesterday, tens of armed Israeli soldiers raided the Bedouin community of Humsa, Northern Jordan Valley. This raid has been part of a series of violent raids committed since the beginning of 2021 and even before. In previous raids the entire community was razed to the ground four times in three months. The Israeli occupation seeks […]