For the second time within less than 3 months, tens of armed Israeli soldiers raided the home of human rights defender and farmer Abu Jamal. The soldiers confiscated Abu Jamal’s house doors, windows, and a moveable toilet and destroyed his water well. Abu Jamal, his five children and his wife now live in a windowless and doorless house amid the cold weather.

Tens of heavily armed Israeli soldiers, according to Abu Salah, Abu Jamal’s brother, raided the house of Abu Jamal. Abu Salah narrated that “I could not access my brother’s house to be with him in these difficult moments. Israeli soldiers besieged the Khan (Abu Jamal’s house) and set military checkpoints at all the roads leading to his house.”

On November 4th, 2020 Israeli soldiers invaded the house of Abu Jamal, which is an old Ottoman Khan, and destroyed parts of Abu Jamal’s property. The doors and windows of the Khan were among the destroyed property. Without windows and doors for a month, Abu Jamal commented:

wild pigs kept entering the house; it was really cold to stay in a windowless and doorless home for a month. I had to cover all the doors and windows with plastic sheets during the night. Yet, it was impossible to cope with this dreadful situation.

I did not have the money to buy the needed equipment to install new doors and windows. When they demolished my property, the Israeli soldiers confiscated the equipment I use to make subsistence. Therefore, I borrowed necessary equipment from my neighbor as

In addition to wild animals and the cold weather, the settlers’ violence is another source of disturbance in a windowless and doorless house. It was easy for fanatic Israeli settlers to invade the house and destroy it as they wish; particularly during the night.

This brutal raid to Abu Jamal’s house today was preceded by other violent attacks. In an overnight raid, Israeli settlers stormed the Khan and tried to break through the place. As usual, the settlers intimated Abu Jamal and his family and violently attacked him.

Last Friday during midday, the settlers attempted to destroy an old Ottoman coffee shop next to Abu Jamal’s Khan, too. The old coffee shop belongs to Abu Salah and children. They had to directly put their lives at risk and confront the settlers to stop them from raiding the place.

For more about the settlers’ attack last Friday, watch the video here:

On January 8th, 2021, Israeli occupation forces stormed Abu Jamal’s house and arrested him. For three days in interrogation before he was released, Abu Jamal endured huge torture and humiliation by the Israeli interrogators.

The Israeli occupation authorities aim to seize the Khan and the surrounding large swathes of lands to expand illegal settlements more. This would also ghettoize al Luban al Sharqiyya, where the Khan is located and the nearby villages.

For 17 years, Abu Jamal and his family have been subject to tremendous systematic violence and intimidation by the occupation authorities; be it demolition and confiscation of his property, arrest, torture in jail, and settlers’ aggression on a regular basis.

The apartheid practices against Abu Jamal and his family, has made Israeli apartheid regime succeed in creating troublesome and dire situation for them. Yet, they have failed to break Abu Jamal’s will. Abu Jamal, a man in sumud (steadfastness), has been defying an entire state. Through his resistance to all the coercive measures of Israel’s apartheid, Abu Jamal has asserted his and his community’s human rights, including the right to exist.

Abu Jamal has been successful in mobilizing his relatives and community to defend their land and confront the settlers’ attacks; yet, supporting Abu Jamal’s and his community’s right to exist is more urgent than ever before. This is because both the settlers’ and armed soldiers’ attacks are unstoppable. Rather, their violence has notoriously intensified in the last couple of months. 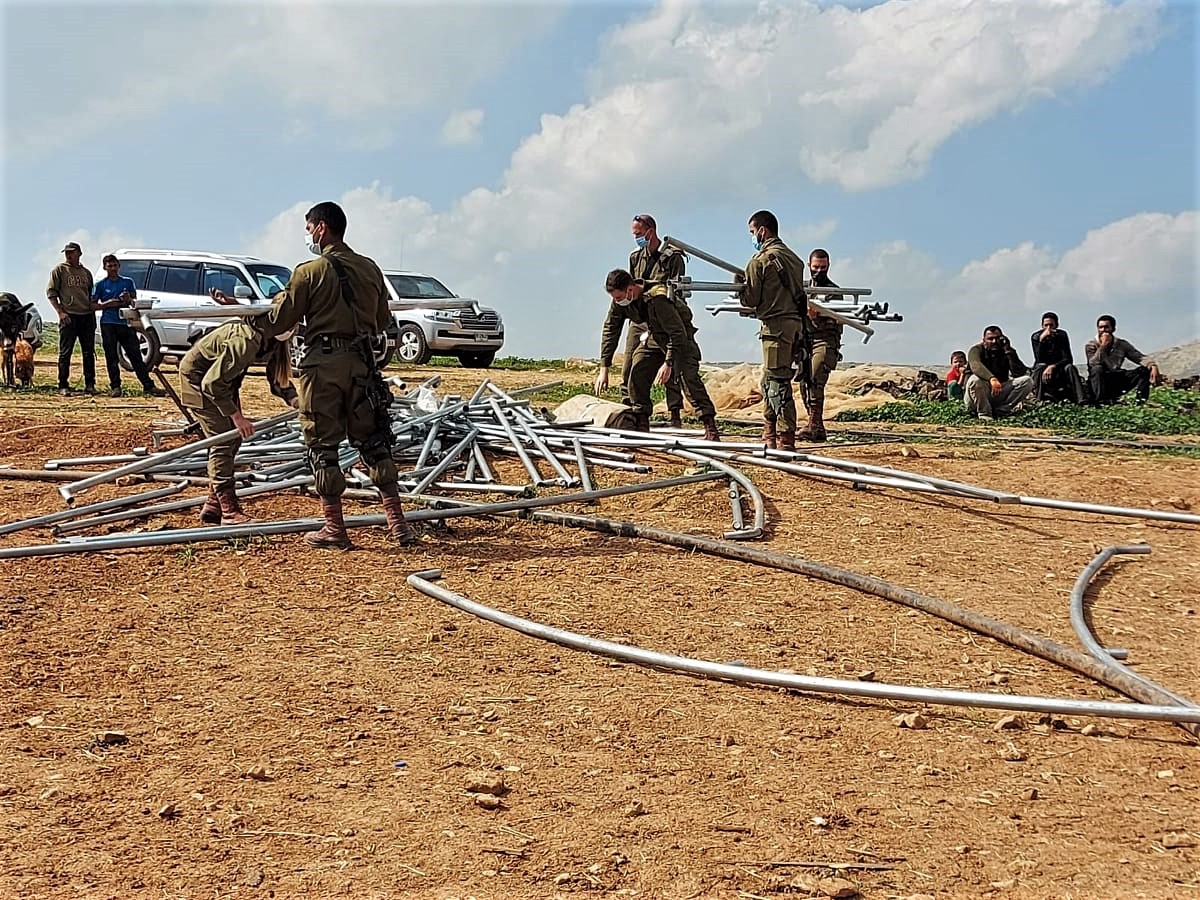 On February 16th, representatives of the EU diplomatic missions in the Occupied Palestinian territories visited Humsa to provide them with tents for the residents. Yet, Israeli military stopped the officials and confiscated the shelters. Since November 2020, the Bedouin community of Humsa (Khirbet Hamsa al-Foqa), Northern Jordan Valley has been under a brutal demolition campaign […] 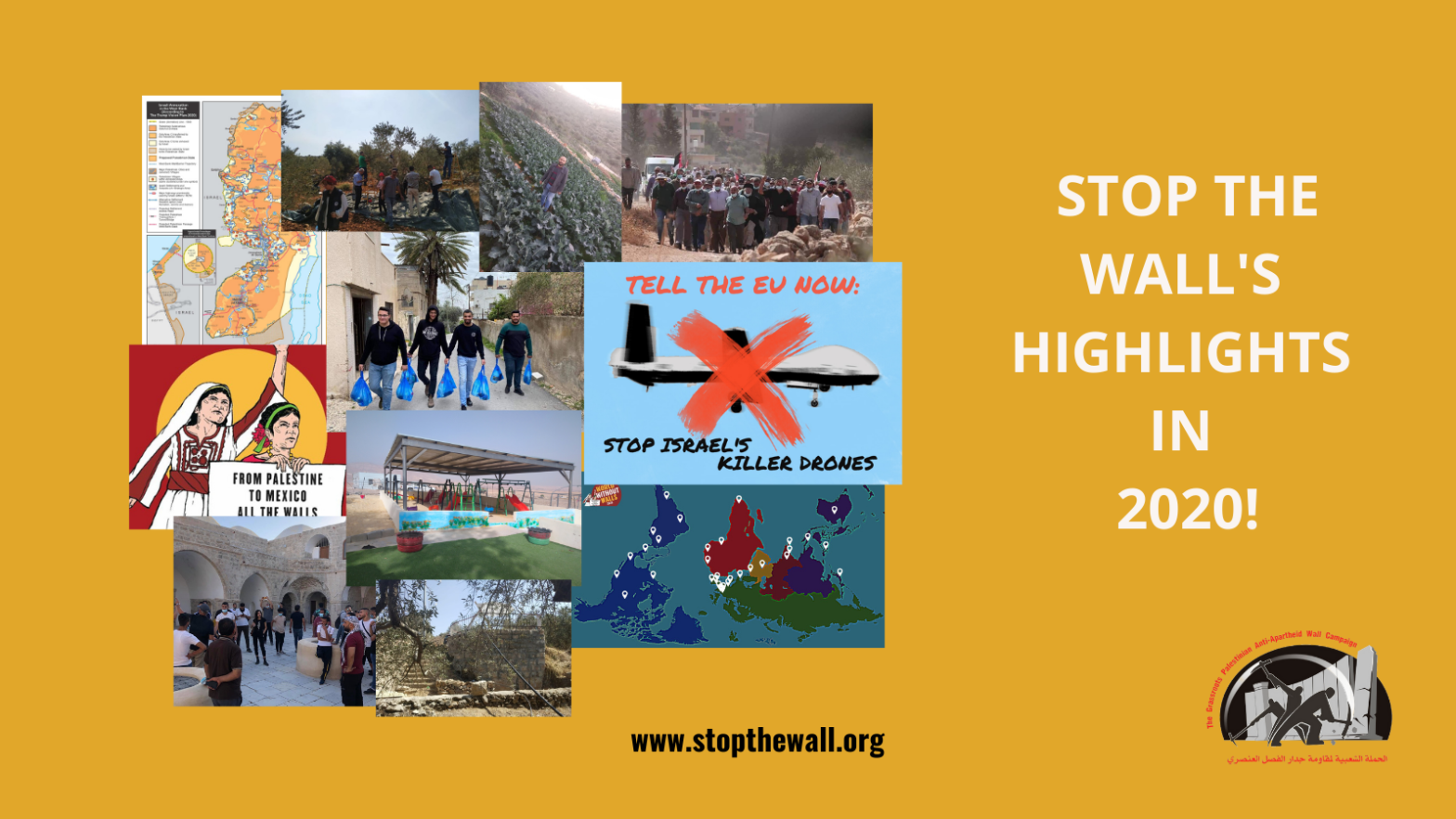 Content Our top 10 highlights in less than a minute Stop the Wall on the ground Protesting ongoing annexation… Decolonizing our land Right to Exist Campaign ‘You Are not Alone’ Campaign Palestine Cop26 Coalition Israeli neoliberalism vs. Palestinian steadfastness Popular COVID-19 emergency Response We will never forget: Nakba Commemoration Palestine Youth Forum A message of […] 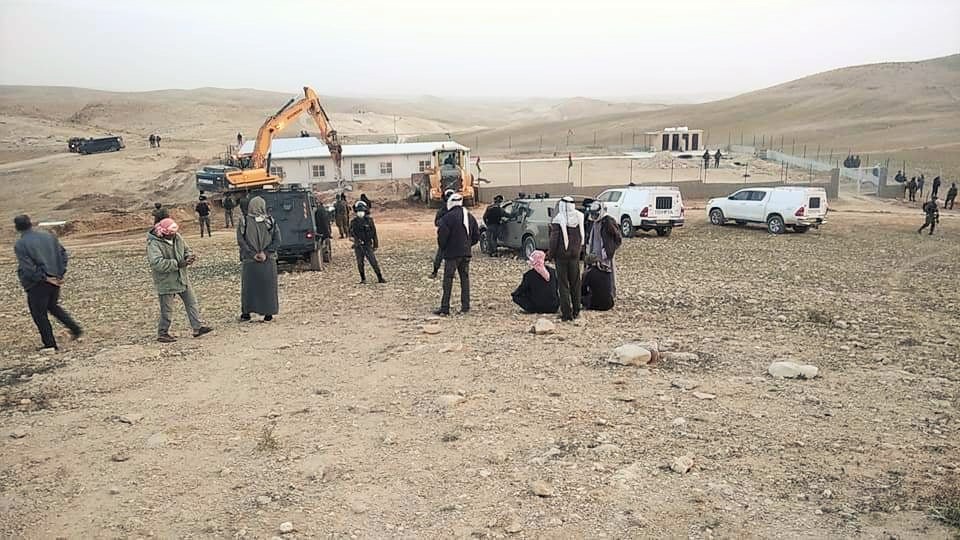 Since yesterday, January 26th, Israeli bulldozers have been demolishing Palestinians’ property in different parts of Area ‘C’. So far, Israel has reduced to rubble Palestinians’ property in the Jordan Valley, South Hebron Hills and Khan al Ahmar, east Jerusalem. Today, Bedouin communities in the South Hebron Hills woke up to the sound of Israeli bulldozers […]