The legitimate and rightful weekly demonstration of the Palestinian continued this Friday against the occupation, the apartheid wall, & the settlements. Youth and foreign solidarity activists in Nabi Saleh was wounded by rubber bullets, after Israeli occupation forces suppressed the protest march of the village, north-west of Ramallah, against the settlement and confiscation of Palestinian […]

GAZA, November 19, 2012 (WAFA) â The number of Palestinians who were killed in the ongoing Israeli attacks launched against the Gaza Strip for the Sixth day in a row since November 14 reached 90, with more than 900 injuries; mostly children, women and elderly. Israeli air forces targeted al-Dallou family house in Nasser neighborhood, […]

The second large scale Israeli public transport infrastructure project is now feeling the heat of BDS campaigners. The Israeli light rail project in Jerusalem has been since years targeted by BDS activists that support Palestinian calls for boycotts and divestments from companies that participate in this project, which links Israeli settlements to West Jerusalem and […]

Villagers in Bilâin (west Ramallah district) burnt Occupation products during their weekly demonstration on the 21st of April, declaring their support for the internal boycott movement. Vowing to use only locally manufactured products, the villagers showed how Palestinians can break dependency on the Occupationâs economy, and revive the strategies of the First Intifada in the […]

***image2***Aboud village has been the site of increasingly large demonstrations since the local grassroots committee against the Wall declared every Friday a day of popular activities. On Friday the 25th of November, a demonstration of around 700 villagers revealed the unity and determination of Aboud to halt the Apartheid Wall project that will isolate 5830 […]

***image2***A crowd of 150 people gathered in the village on Sunday November 20th and marched to their lands that will be isolated by the Wall. Since the first day when villagers stopped the Occupation bulldozers, the construction activities on the Wall have been halted on a daily basis. Not even the visit of the Occupation […]

***image2***A huge crowd of people gathered in front of Qalandiya refugee camp and marched against the Qalandiya gate chanting angry slogans against the Occupation and waving Palestinian flags. Occupation forces rushed to the area to block the protest from reaching the checkpoint. Protesters confronted the soldiers and blocked the racist Qalandiya checkpoint for one and […]

***image2***Several villagers were left wounded as Occupation Forces attacked the village of Biliân on Friday the 1st of July. Around 300 demonstrators marched to the lands stolen for the Apartheid Wall to be met be a brutal mixture of live ammunition, rubber bullets, sound bombs and tear gas. Clashes ensued for several hours as Palestinians […]

***image2***Large demonstrations against the Apartheid Wall in the village of Bilâin marked the 38th anniversary of Al Naksa – the Occupation of the West Bank and the Gaza Strip in 1967. Around a thousand protesters from villages throughout the district, and Bilâin itself, gathered on land that is being confiscated and destroyed for the construction […]

Global “powers” have stained the 21st century with war, racism & oppression… We must STOP THEM NOW – We must RESIST! Tear Down the Apartheid Wall! End the Occupations in Palestine and Iraq! Support the Palestinian Grassroots Anti-Apartheid Wall Campaign’s Fall Anti-Apartheid Action Program!! MOBILIZE! September 28: Four-year Anniversary of the al-Aqsa Intifada We ask […] 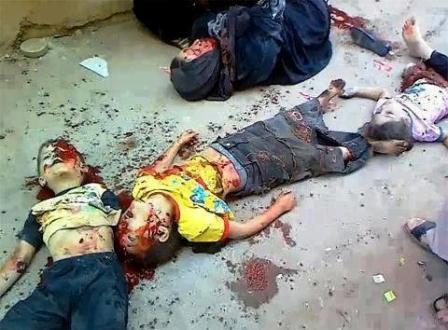